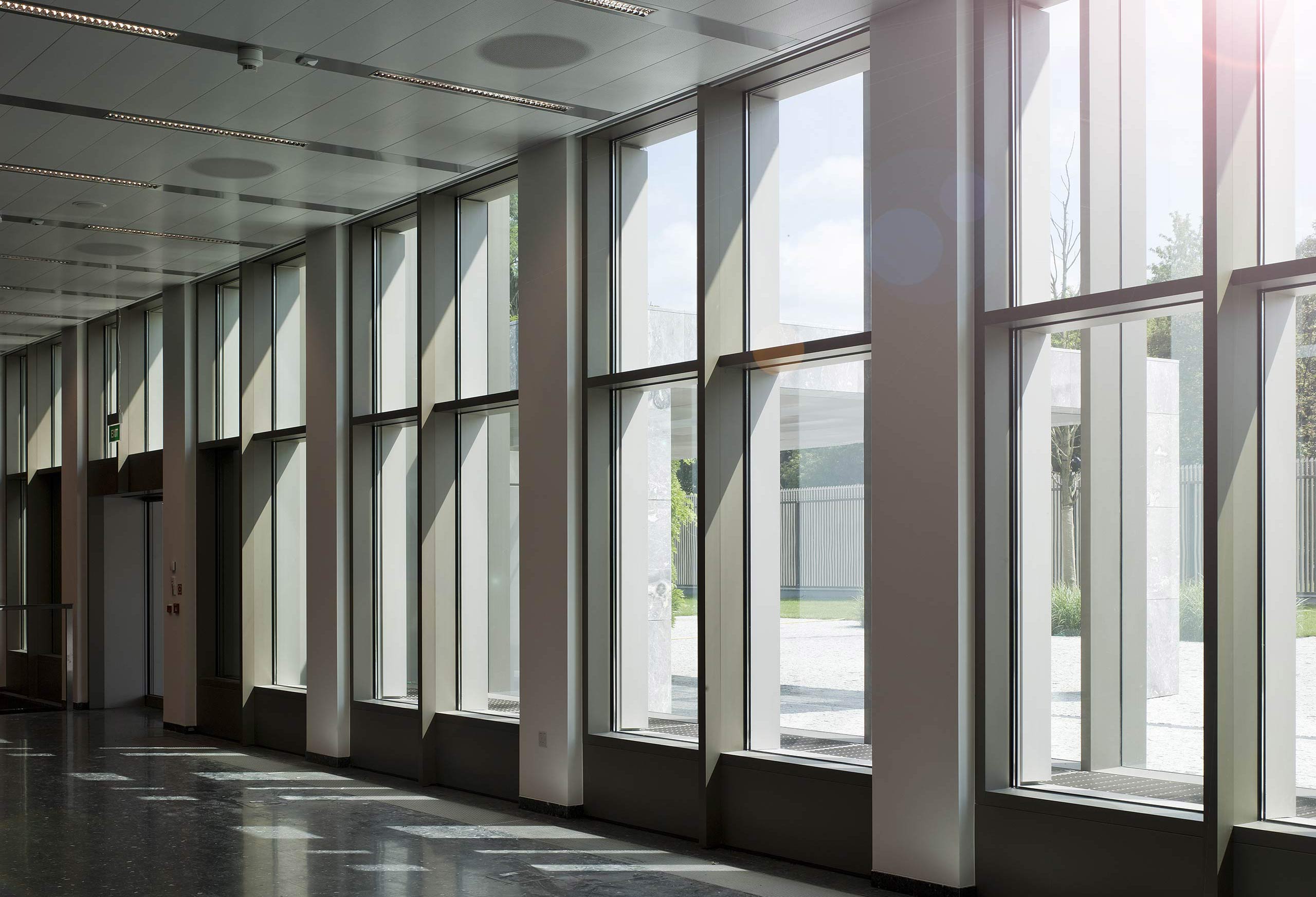 The security facade from SÄLZER is a high-performance complete solution as a mullion-transom construction based on the Schüco facade systems FWS. Based on SÄLZER's more than fifty years of experience in the development and production of high-security products, the Schüco basic construction FWS has been further developed in terms of security technology into the SÄLZER facade series S1es.

Uncompromising high security
The S1es series was tested during development at SÄLZER's own test facilities such as the ballistic test center. After the successful internal tests, the facade was tested at independent and accredited testing institues in Germany and abroad. The tests are documented by test certificates and attest the highest security of the S1es facade system in various designs.

The invisible integrated high-security components into the profile and the corresponding high-security glazing provide maximum protection against:

Despite high security, the series is characterized by narrow profile face width.
Four different design variants of the series S1es, which differ, among other things, in face width and security levels, are available for individual planning and design:

New design variety and planning security
The S1es high security series can be seamlessly combined with unsecured elements from the Schüco FWS 50/60 series. Through this uniform and sophisticated facade system, SÄLZER and Schüco offer a new dimension in planning facades securely at the highest levels - with maximum design freedom, uniform appearance and the same functionality. All systems have been thoroughly tested and certified by test institutes, so in case of emergency they really "protecting lives and properties". In addition to the high level of product security, the uniform and certified facade system ensures a high level of planning reliability and helps to avoid planning mistakes.

* Other or higher requirements upon request

* Other or higher requirements upon request